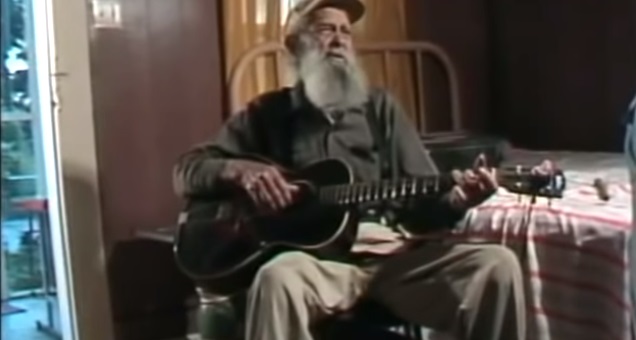 As we grow up, everyone of us were touched by certain types of music.

When we see our idols or favourite artists performing, it just makes obliged to thank them because they were the ones who carved our tastes in music. If by chance you grew up admiring country blues music from the 20th century, then you probably lived your life listening to musicians like Bob Dylan and John Hurt. although we have different musical artists, we agree that they left for us some precious songs.

Sam Chatmon is one of the creators of traditional country blues music.

If you heard about Mississippi Sheiks, it’s an american country blues band who were drafted in the Mississippi Hall of Fame, then you may already recognize Chatmon.

The entire band was assembled by the Chatmon family, but Sam was the group’s main singer and guitarist in the 30’s.

Sam Chatmon was born back in 1897. So now we are lucky to see one of his performances which made many people remember him one mor time, and this video will definitely give you some nostalgia. Some videos on YouTube of Chatmon being interviewed and performing various songs during 1970s. “Make Me a Pallet On Your Floor,” a song considered to be the blues genre standard is one of his performance of blues and folk classic.

This interviw shoot was managed by Alan Lomax and his company at Sam’s home in Hollandale, Mississippi.

In the beginning of the video, the host asks Sam when he advanced his interest in blues music and when he started playing guitar.

Chatmon told them that he sometimes heard his brother playing blues, the interviwer was even shocked when he knew that Sam learned his first song on guitar at the age of 4 years old.

The host shortly demanded how he did it, he just said: “I held it…” and started on explaining every detail.

As soon as he completes telling his story, Sam immediately gives a heads up and started playing the song.

He starts off by griting the lightly loose strings on his guitar for the song’s intro. Soonly his gravelly voice for goes well with the syncopated rhythms coming from his guitar. Seeing him play the entire song make you smile eagerly. Chatmon is just like everyone’s granpa who sings perfect and nostalgic songs to his grandkids and family.

You can just find some treasure like this while searching online.

But if you a Chatmon fan just visit his YouTube channel and you can find so many other performances and songs.

8 years ago this video was released on YouTube and has gotten 2.4 million views and still counting.

You should know that Alan Lomax YouTube channel Archives has uploaded most of the historic clips of Sam Chatmon, and some other celebrity musicians from 1978 to 1985 as part of a project for a PBS series called “American Patchwork.”

So if you’re looking for a reminder of traditional and historical scenes during that period, on that occasion you need to check this out!

make sure to checkup the link below to catch the whole thing:

Don’t forget to SHARE this whith family and friends.