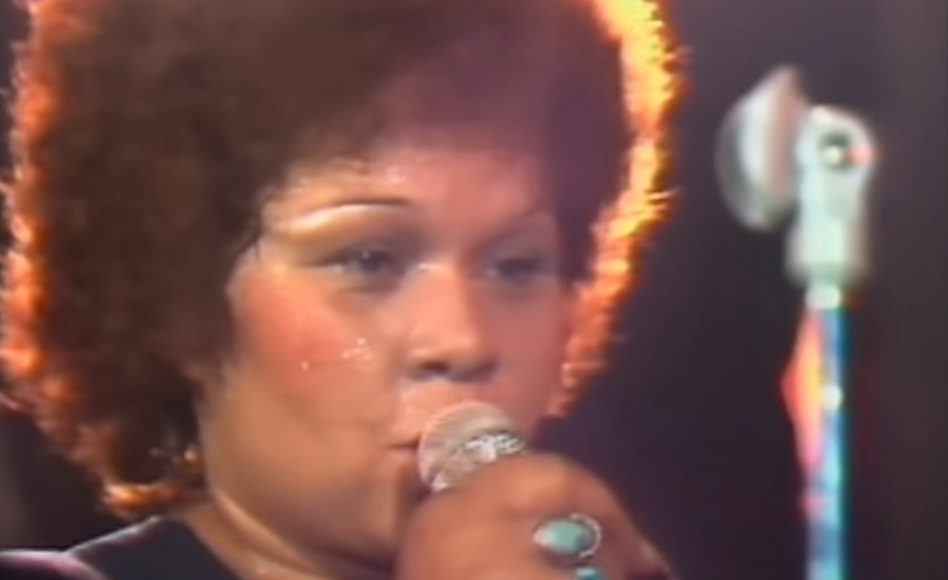 We can all agree that Etta James was one of the best artists of her time and all times.

Etta managed to get 6 Grammys during her fruitful career also with other different awards. In Rolling Stone Greatest Singers Of All Time, she was ranked 22. And in this performance she’s just showing us why her beautiful voice is an iconic symbole.

This magnificent singer busted through the gap between rhythm and blues and rock and roll. Etta soothing and iconic voice is like tasty food to your ears. So don’t miss this one life time performance which takes us closer to this phenominal voice.

The video starts in with James wiping off the sweat from her brow while she’s changing to her hit song “I’d Rather Go Blind”. The audience just went crazy with her captivating voice, it’s unbelievable.

It’s impressive, how she can switch the tempo of her voice from high to low like it’s nothing.

Throughout the song, Etta is just showing off her incredibly powerful voice and it’s legendary.

However, it’s something about her that makes her live feels magical, deep and real at the same time.

While going throuth the song, James just let her voice guide her to connect with the crowd in an indisputable way.

This performance is out of this world, watching this video you can see how she’s like talking and vibing directly to her fans.

It’s obvious from her facial expressions that she’s passionate.

Etta puts so much charisma in her performance and it leaves her audience in shock. She unintentionally moves around the stage with the band playing her music behind her while she expresses herself through her singing.

She’s like drawing a masterpiece with the story she is singing. You can feel exactly what she’s talking about, pain, love, betrayal… It’s like magic taking you places with her soothing voice.

Her natural talent she uses puts you on your feelings. Sometimes, Etta doesn’t even hold the mic to her mouth while singing this right here explains to us how powerful her voice is.

She went through a rough childhood, which likely contributed to the rawness of her artistry.

It’s amazing how she engages and communicate with the audience, James is a wonderful performer. She just changes her vocals and tones like it’s nothing, not too many artists can do that but she’s incomparable.

This iconic singer initiated her career as a teenager, creating bands with famous artists like B.B.King and Elvis Presley.

Etta grew up without parents. She’s a foster child who was unfortunately abused by men throughout her life. And that didn’t stop her from becoming the best singer of all time.

This video of her performing got more than 24.2 million views on YouTube with 234,000 likes and still counting.

Etta James is just a lengend.

Her voice is just unique, it’s obvious that she’s one of the best performers in the world, there’s something special in her beatiful voice.

Click the link below to see the entire performance for yourself:

And don’t forget to SHARE this with family and friends.