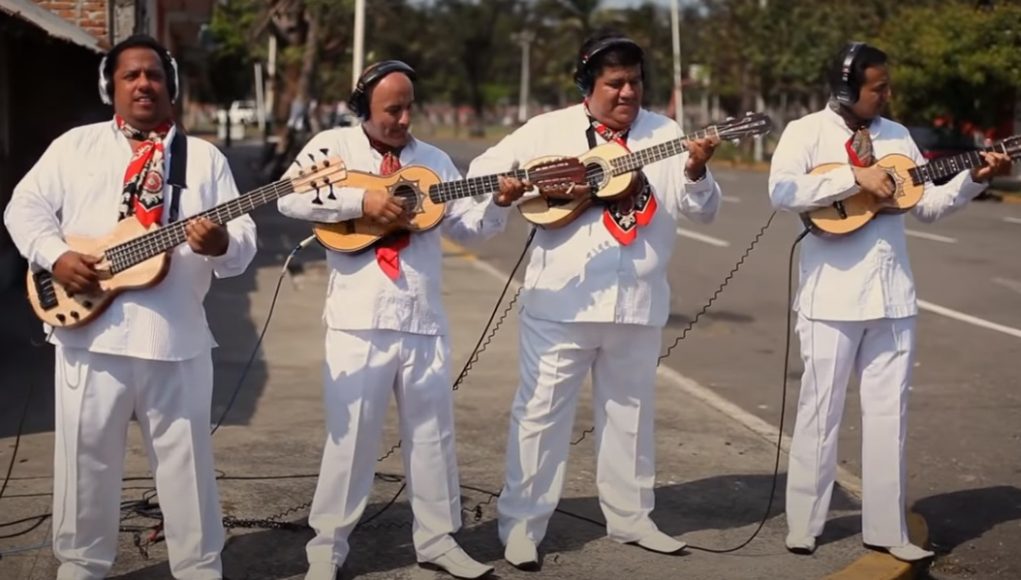 The internet is just a miracle, it has the power to connect people from around the world together in a seconds.

Nowadays, musicians can share their art and even work on somthing like albums, songs… together. And this video right here is an ideal example of how social network has switched the game when it comes to musical collaborations. Singers and musicians from the entire world colaborate with each other to make a magnificent version of “La Bamba”.

The music is a perfect way for people to connect.

This version of “La Bamba” performed by a dozen of musicians from all over the world is completely fascinating.

Let’s define “La Bamba” first, and it’s a Mexican folk song that originated in Veracruz, Still it’s best known for Richie Valens’ version in 1958. It was also the inspiration behind the movie created about Valens’s life back in 1987. An unbelievable number of artists have made a cover of the iconic song, along with these brilliant performers who created together this beautiful movement called Playing For Change.

The first scene of the video started in Veracruz, Mexico with Tien Huicani, a popular folk group playing the intro of “La Bamba” smoothly then it changed to San Luis Potosi, also in Mexico, to Francisco Ibarra playing his acordion.

The video maintains to switch from artists to artists, performing with different instruments.

In Veracruz, Alberto Manuel De La Rosa, performing “La Bamba” with his harp and it sounds beautiful. At the time that other musicians appear and give their own touches, the song starts to become something you never heard before.

Later on, we can see Papa Orbe Ortiz from Cuba and Carlos Rodriguez, which is from Veracruz.

Following that, from East Los Angeles, the Los Lobos went in to sing the song too.

This is when the video starts to travel the entire world to Salvador Persico, playing his bongos in Melbourne, Australia.

Then to Buenos Aires, Argentina, where Andres Calamaro playing his guitar and singing.

The video gets to La Marisoul in Placita Olvera, USA, where she showcases her beautiful voice before the video jumps again to Columbian drummer, Pablo Correa. Hereafter, it’s to Lukala, Congo, Africa, we can see a group of beautiful children helps the musician singing and clapping, it’s really magnificent.

The video continues it’s journey showing various talented artists from around the world.

Last but no least, it gets to Novi Sad, Serbia, professional guitarist Nikola Petakovic performing a one hell of a solo.

In Buenos Aires, Argentina, a guitarist along with his 2 young daughters playing and grooving with the music and it’s an amazing scene to see.

It is unbelievable, combining so many talents together can turn out to be a masterpiece.

The fuse of all different musicians together makes this cover of “La Bamba” totally unique. It’s safe to say that this is a brilliant idea.

This video went viral on the internet, tens of millions of people have been swamped by this innovative performance.

This act is truely inspiring with sharing of culture, music, and human connection.

This movement called Playing For Change was created to bring people together, and it’s making miracles all around the world.

Click the link below to watch the entire version of “La Bamba”.

And as always don’t forget to SHARE this with family and friends.